As our game’s prototype is nearly complete and the GameCon is over the corner, we playtested the game once again. 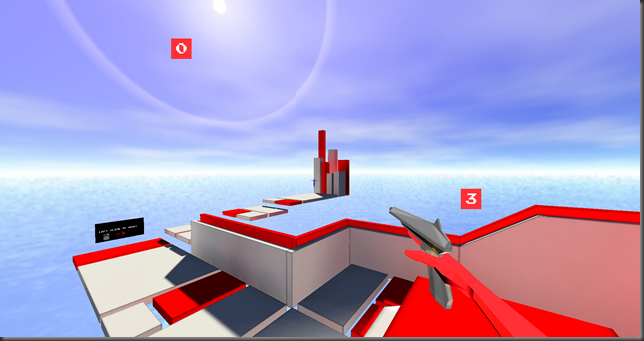 And we think we have successfully achieved all our goals (not gameplay goals, design goals):

As our prototype game is only a tutorial stage, there are no other players to be fought there, however the controls and core mechanics are all in place.

In the tutorial stage, the player can run on walls, shoot at AI targets, pick up ammo, and explore the stage. The Lobby and Room system is also in place but since Tutorial Stage is now designed for single player only so it’s currently unused. The game will feature LAN netplay when completed. 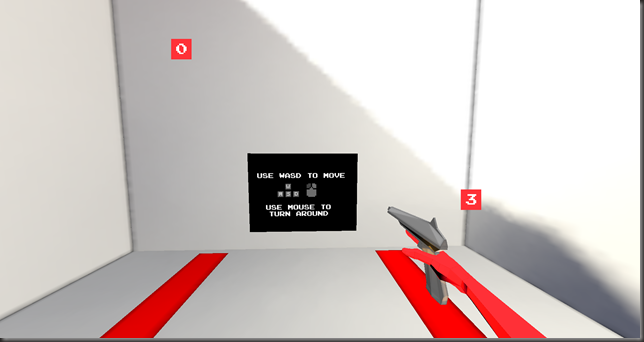 The gameplay itself is smooth and most test players can finish the tutorial stage without problems. The tutorial itself is done by displaying the controls in a clear fashion above the screen. It’s actually built in as a part of the map so it gives direct feedback to the players when they completed a part of the map. The map itself is divided into multiple parts, each part explains a single mechanic (1st part is moving, 2nd part is shooting, 3rd part is running on walls, etc.) After the entire tutorial process is completed. the player is left in the final part of the arena where they need to use what they had learned just now to take down several AI targets. The tutorial stage ends after all the targets has been dealt with.

Overall, I see this game is going according to the plans and the design document and has no doubt that it will do well on the gamecon. We still have a long road ahead of us though but as of now, everything is in place.